How Do You Join Sean’s Team?

When I give my talks, I challenge the audience to go back home and to their workplace and talk about mental health openly and agree that mental illness is a physical problem, not a choice. I encourage them to do something concrete about it.

So what does it mean to be a member of Sean’s team?

The goal is to add team members who will share Sean’s message around the world.

I am not egotistical enough to think that I was the one person who could save the day and be the only one to spread Sean’s message.

I am certain that one person can start a message that can take off like the old children’s game of telephone.

I started doing Sean’s talk in 2009, and some 11 years later have seen the mental health message has grown across the general public as a health concern and specifically in my industry. I am convinced one reason is the wonderful team members spreading the word. In this dark time of a pandemic and the impact on our mental health more than ever I need more members of Sean’s Team.

There are a few basic ingredients that you have to put into this cake that feeds the members of Sean’s Team in order for it to come out as powerful as the life of Sean Kenny was. 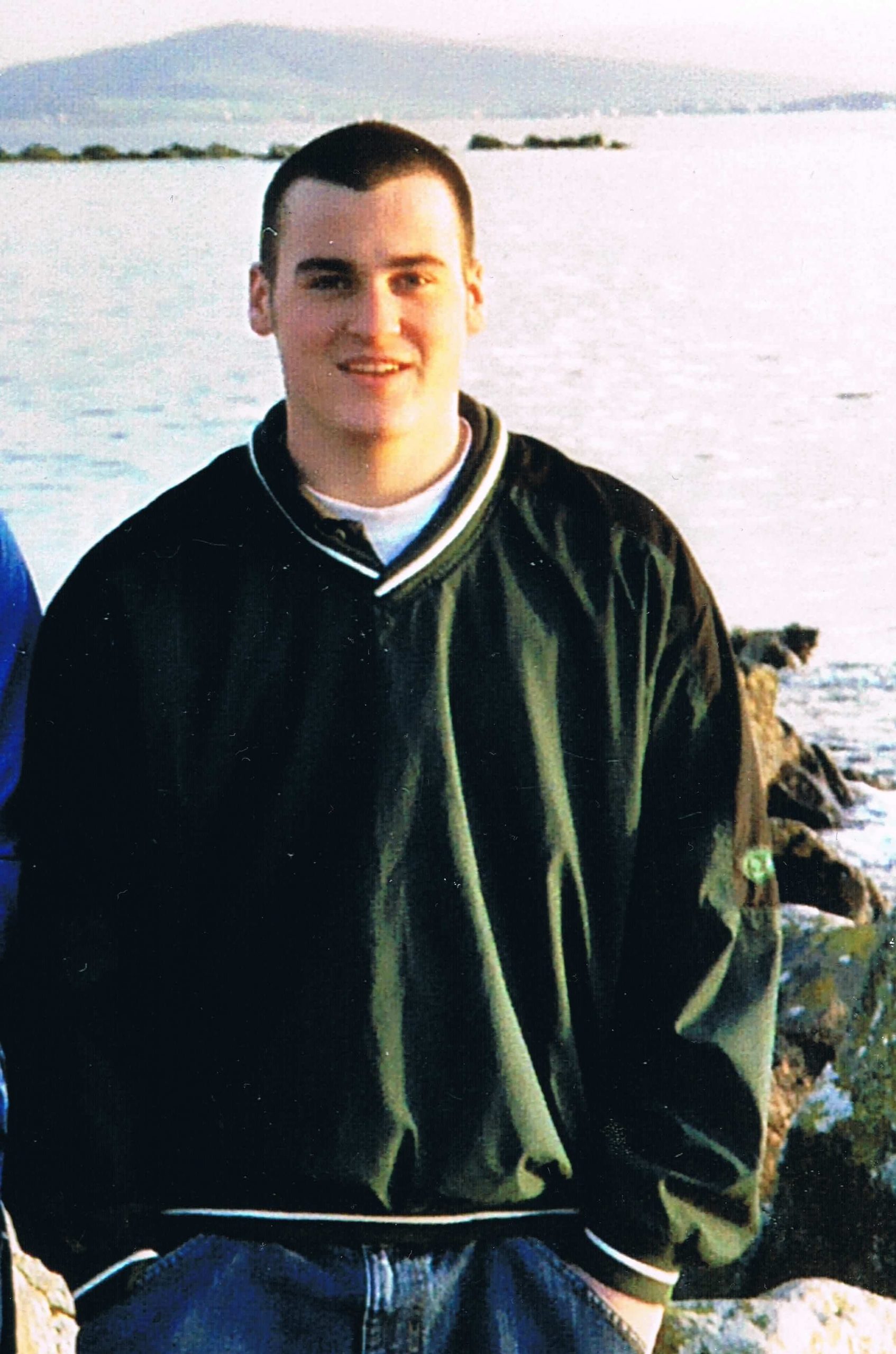 1. The first ingredient is courage.

To be a part of Sean‘s team you have to have the courage to stand up in your belief that mental illness is indeed a physical illness and not a character deficiency. You must be able to stand up to those who act or speak in a contrary manner. Not in a confrontational style but in the educational style of one mentoring on this really is a physical illness and why you believe that based on the science. It takes courage to embrace something you may not completely understand, but you know is something that needs to be carried forward.

2. The second ingredient to be a part of Sean‘s team is vulnerability.

You must be willing to be vulnerable and by that I mean show others that you walk the talk regarding mental illness. In order to do that you have to be open with others, co-workers, family, etc. regarding your own struggles which includes a willingness to seek counseling yourself including therapy methods as well as medications if needed. Without the second ingredient, everybody will just classify you as a do-gooder who is only giving the topic of mental illness lip service.

3. The final ingredient in joining Sean‘s team is hope.

You have to have hope and believe that there is indeed a higher power looking over us who one day will reward your battles no matter how small or big.

An Invitation to Join Sean’s Team

A large part of my life has been driven by signs I believe are sent by loved ones from the other side. Sean‘s life has come to have a greater meaning for our family and those who have heard about his journey even though it only lasted 20 years. I believe he completed his mission.

In order to be a part of his team, it’s critical that you have some type of belief in a higher power because life is just too brutal to get through it alone. You need the combination of support by those who love you and that higher power that enables you to fight the battle against all the stereotypes and stigma of mental illness. That does not mean you won’t have huge periods of doubt about yourself and that higher power but that you will make a commitment to try and hold on when the water is awfully rough to that life preserver of faith in something or somebody.

Now that you have baked up all the ingredients for the cake, you need to frost it, and here is where the icing gets applied in a “wavy” design. Why a wavy design? The result is a cake that is easy to digest and a topping that is both beautiful and appealing. What do I mean by that? You know how a single boat moving across a tiny, calm lake can make a small wave that works its way from one shore to the opposite shore? This same effect happens with people sharing the message that mental illness is no different than any physical illness. One by one, members of Sean’s team start the message in their workplace, community, and home about mental illness not being a character flaw but a physical illness. The message starts like a tiny wave of information affecting a few, but as it is passed on from person to person the wave becomes not a ripple but a tidal wave of hope.

This is an invitation to become one of Sean’s team and start the wave.