We have an exclusive interview with the former Village Deputy Chief of Fire and Emergency services, who on Dec. 1 will succeed Tony Bednarz as Chief of that same department.

From 2008 to 2010, Kenny served as deputy chief of the, then left for a two-year stint as executive director of the Illinois Fire Chiefs Association. He had intended to retire from chiefdom for good but changed his mind when sought out as a potential replacement for Bednarz.

“Western Springs was a unique opportunity because having been here I enjoyed the people, I enjoyed the community, and it’s probably the only place where I would have gone back to being a fire chief,” Kenny said.

Kenny started out as a teacher at Quigley South in Chicago, but found he preferred coaching baseball to teaching class. His brother-in-law, a firefighter, encouraged him to change careers; he did, overcoming slight disability from a childhood car accident.

He began in the Tri-State district, then moved to the Hinsdale department, where he would rise through the ranks and become the permanent fire chief in 1994, a position he held for over 14 years before coming to Western Springs.

In three weeks, on January 1 (a date specifically chosen for its symbolism to change for Kenny) of 2012, he will become the official Village Fire Chief (or “Director of Fire and Emergency Services”). We sat down with Kenny to chat about his career and his vision for Western Springs’ emergency services:… 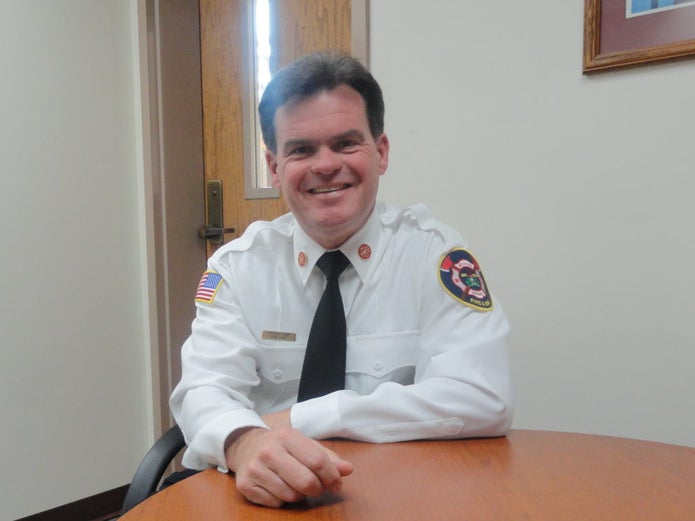